There were two rows of residential units bulit at the site of the Stone Houses at the end of the 19th century. They belonged to the Ho Family and several families lived there

During the Japanese occupation of Hong Kong

After WWII, there was an influx of refugees fleeing from the civil war in Mainland China, settling in the area along Junction Road. It therefore became a squatter area, later known as the Hau Wong Temple New Village, Lai Chi Yuen and Ho Ka Yuen, most of the squatter dwellings were constructed with materials such as corrugated metal and timber. A row of five traditional Chinese vernacular houses were built in 1945 and 1949 at the nowaday Stone Houses Family Garden. 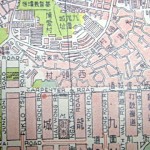 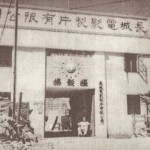 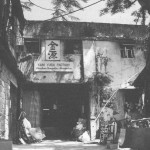 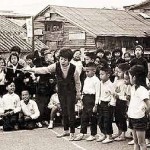 Going in line with the redevelopment of Kowloon City, Hau Wong Temple New Village was cleared in 2001, but the Stone Houses were the only structure remained, now known as the Stone Houses Family Garden. As one of the many measures to enhance heritage conservation, the Development Bureau of the HKSAR Government launched the “Revitalising Historic Buildings Through Partnership Scheme”. The Stone Houses, which are the only remains from this historic site, were included in Batch II of the Revitalising Scheme. After rounds of proposal submission and interviews, Wing Kwong So-Care Company Limited was eventually selected by the Advisory Committee on Revitalisation of Historic Buildings, to carry out the revitalization of the Stone Houses into Stone Houses Family Garden.

After revitalisation, the architectural features of the Stone Houses have been preserved with new life being given. Through the operation of a themed café, Visitor Center and Interpretation Centre, the Stone Houses are not only conserved but ready to serve the community.

The Stone Houses were the residential units built after WWII. The architectural features of the urban squatter area in the 1940s-50s were retained. The residential structure reflected the lifestyle of the grassroots class back in the days in the postwar Hong Kong. Architecturally, the Stone Houses were considered as Chinese-styled building. Its interior structure was mainly timber-framed. The rafter and purlins together with the upper floor are also made of timber. The walls of the entire building, which are constructed of granite blocks, support the pitched roof built by timber battens resting on purlins and covered with Chinese pan-and-roll tiles. The main door to each living unit is in Chinese styled construction with timber panels, timber locks and granite sockets. Despite that the architecture of Stone Houses is humble and ordinary, we could get from it a glimpse of architectural style and construction commonly found in the 40s.